Around Town: Snowsuit Fund’s Bash Noir is elegant and edgy 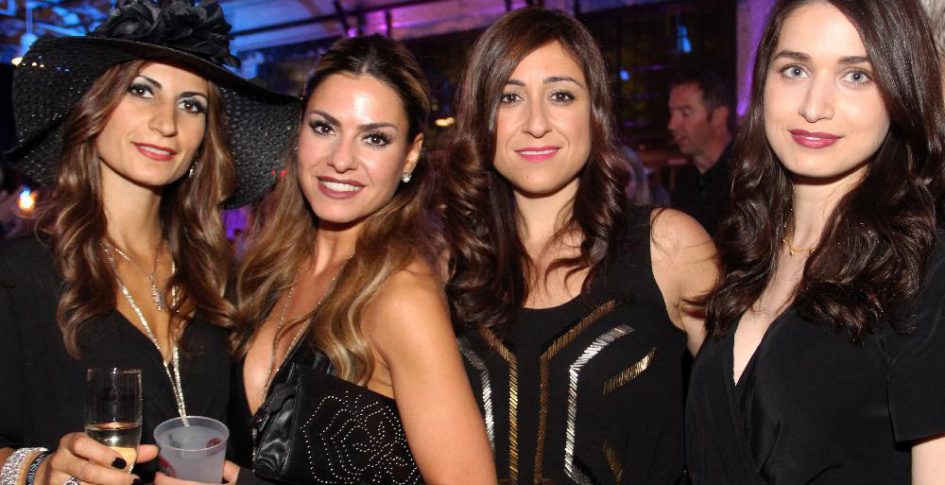 A collection of tough guys and femme fatales crossed dark and shadowy paths Saturday night, but not for sinister reasons.

They were among the 500-plus attendees of the film noir-themed Bash Noir charity benefit held in one of Ottawa’s best kept secret venues, the Horticulture Building at Lansdowne Park. Inside the unassuming century-old structure were stylish lounge areas and cocktail bars and striking chandeliers hanging from the high ceilings, all added just for the party.

“As you can tell, it’s not very horticulture-ish,” quipped Margaret Armour, fundraising co-ordinator for the Snowsuit Fund. Nope, not a blue ribbon-pig or giant squash in sight.

This year’s third annual bash kept the evening fresh by not only moving to a cool location but by also successfully pulling off a novel theme — film noir, minus the unhappy ending.

The evening, presented by Trinity Development Group, raised money and awareness for the Snowsuit Fund, a non-profit organization that distributes more than 16,000 new snowsuits to underprivileged families each year. Winter wear may be the furthest thing from everyone’s mind right now but the bash is meant to attract a new generation of supporters, and to complement the organization’s signature gala, held in November.

The place filled up quickly with young and attractive partygoers, many of whom adhered to the upscale dress code of black and red.

The crowd was entertained throughout the evening with such unique acts as a colourful stilt puppeteer and an equally engaging (as well as flirtatious) wind-up doll performing artist. There were DJ-spun tunes. Film noir clips played silently on a giant screen. Visual artists created works of art to be auctioned off.

Guests paid a visit to the cosmetic, perfume and chocolate booths. There was also an entirely new way to serve champagne — from a metal tiered skirt worn by a model.

View on the Ottawa Citizen