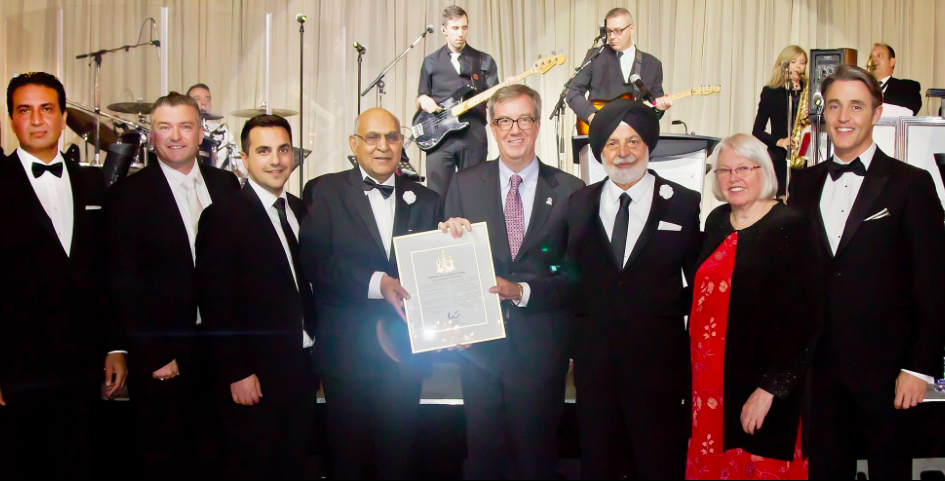 It’s never been trendier to be the son of a former prime minister. Nobody was photographed as much as Ben Mulroney during Thursday’s exclusive grand opening gala for the $20 million-Infinity Convention Centre.

(Second place probably goes to the glamorous mermaid-looking model who posed all night by the oyster bar).

Mulroney is co-host of CTV’s new Your Morning show and eldest son of former PM Brian Mulroney, to whom he’s similar both in looks and good humour.

“Up until a couple of years ago I was referred to as the successful son of a Canadian prime minister,” said Mulroney, before joking that the bar’s now been raised by the son of another former PM. “And now I’m just a talk show host.”

It was a massive party, with a 700-person guest list that included Mayor Jim Watson, Ottawa Senators president Cyril Leeder, such successful business folks as Bill Malhotra and Jim Taggart, and Catherine Bélanger, widow of the late Mauril Bélanger, the longtime Liberal MP for Ottawa-Vanier who died of ALS in August.

On hand for the ribbon-cutting ceremony were the convention centre’s owners: brothers Harry, Sonny and T.J. Sohal, along with Anand Aggarwal and his son Lalit. It should be noted, the last time Around Town attended a party hosted by Aggarwal it featured a live elephant (it was eight years ago, at his son’s traditional Hindu wedding). There was no pachyderm this time, but maybe a few party animals.

Watch the video on OttawaCitizen.com